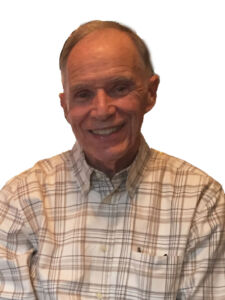 The impact of the Malloy family legacy on the educational landscape of Boston spans nearly a century. Patriarch Matthew Malloy founded Stratford School, a business school in Boston’s Back Bay, in 1937. The institution prevailed through World War II, a difficult feat to say the least. In 1947, he acquired and reactivated the Chamberlayne School and Chamberlayne Junior College—the first junior college in Boston, founded in 1892. Admissions at Chamberlayne were suspended in 1942 through the War’s end, until Malloy became president and merged the institutions with Stratford School, and later in 1987 with Mount Ida College (now the Mount Ida Campus of UMass Amherst).

Although he had worked alongside his father at Chamberlayn in 1959, George Malloy went on to forge his own path until Matthew’s death, when the assets from the Chamberlayne-Mount Ida merger were used to form the Stratford Foundation, with the mission to be a valuable educational resource for the community. George Malloy was the Foundation’s first President, and in 1988 Stratford opened the Commonwealth Learning Center, an organization that provides 1-to-1 tutoring and educational evaluation services to individuals of all ages with learning differences. By 1992, Stratford established the Professional Training Institute, which offers researched-based, multisensory teacher training, and later the Commonwealth Learning Online Institute, which provided self-paced and facilitated educator training in a virtual environment from 2012 to 2021.

With George at the helm, the Stratford Foundation has touched thousands of lives. Students of all ages and ability levels have discovered a path to literacy through hundreds of thousands of tutoring hours; and thousands of educators have received specialized training to support these populations. In the Malloy family, education was and continues to be paramount, and having come from modest means it was important to Matthew that this be a right rather than a privilege. Under George’s leadership, the Foundation has awarded millions of dollars in financial aid to hundreds of families who would have otherwise been unable to afford academic support. Additionally, over the years funds from the Stratford Endowment have been granted to several hundred organizations doing their own important work in and for our community.

Now, in George’s honor and memory and together with the Orton-Gillingham Academy, the Stratford Foundation is proud to announce the George Malloy Diversity Scholarship for Orton-Gillingham Training. Through this scholarship, a candidate from an under-represented group will be awarded $5,000 to complete their Associate-level Orton-Gillingham training and practicum. Interested candidates may apply via the link below and must do so by January 30. The scholarship will be awarded in February 2023 for enrollment in a summer 2023 training program. Further, we are accepting applications from Orton-Gillingham Fellows wishing to be considered as the trainer/mentor for the awardee. Once the awardee is chosen, they will select the vetted Fellow they wish to work with. The trainer application can also be found below and is due by January 30 as well.

We are delighted to be able to uphold George’s vision, like his father’s before him, of education and opportunity for all, and look forward to connecting with members of our community working towards this calling.